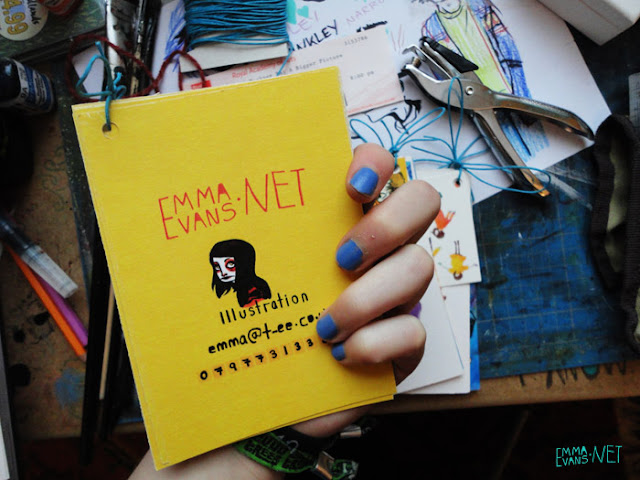 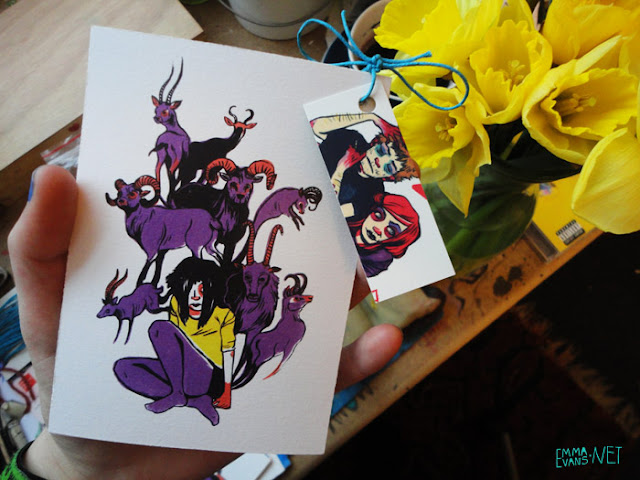 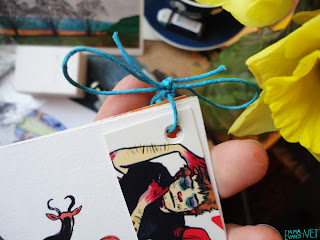 Okay so this week i finished off some more self promotion for The London Book Fair in a weeks time.
I made a set of postcards to act as bigger and less loose-able business cards. They are all double sided with one side being an image and the other my contact information.

I made four special sets of these, that are tied with book binding string and attached to a smaller business card, for the first four i think need them a them at the book fair. 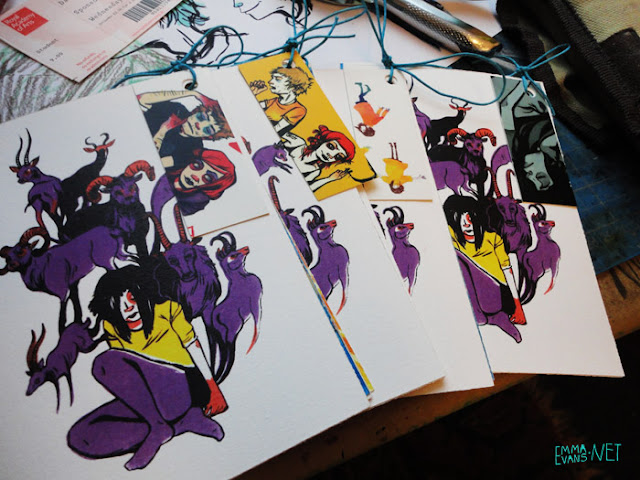 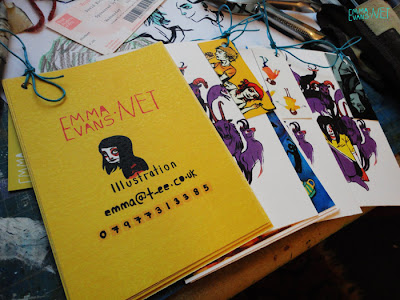 So now i have 18 Tired Eyes/3:59AM copies and these. As well as the usual normal business cards, badge sets and older postcards.


You can see them all neatly stacked up below. 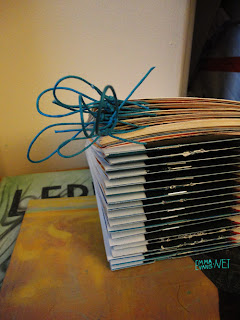 As well as self promo makes, this week has been full of other lovely things. Most notably, the Wes Anderson classic Rushmore of which i saw when i was in school but recently discovered the subtle joys of again.

I drew a little doodle of the main characters after watching it for the third time in two weeks, this time with my sister as we are home for a week of the easter break together. 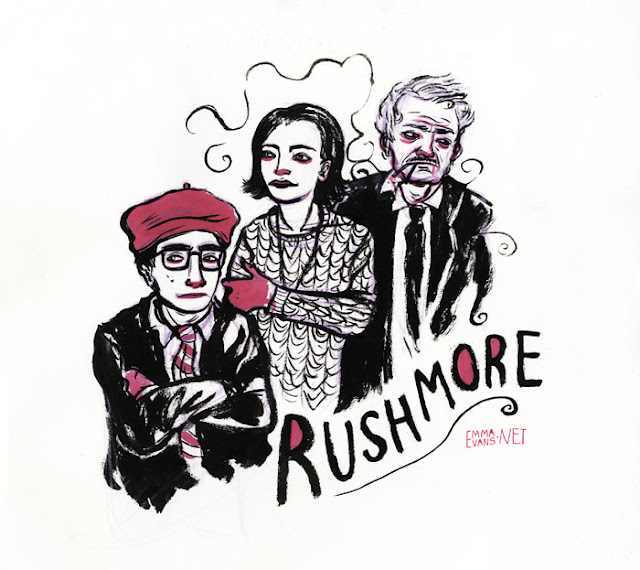 Bill Murray is brilliant in it. He plays such an amusing character.


Another great thing this week was getting to finally see the David Hockney exhibition at the Royal Academy in London.
I wanted to see it ever since i heard it was going to start months ago; It looked so interesting. And that it was. I would tell anyone with an interest in the countryside and/or colour to go! (The two aspects i enjoyed the most) But alas it's over now. I managed to get to it on a crazy impulsive at 1 on a wednesday afternoon with an to attempt to drive to london with my housemate on the 2nd to last day.
A two hour drive to a one hour lost drive round Uxbridge/Hayes, then eventually into a two hour que, we got in. It was worth it. Amazing! TREES ARE PINK. They really are. 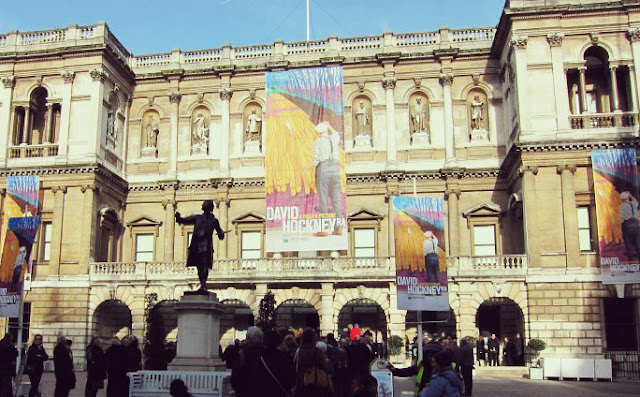