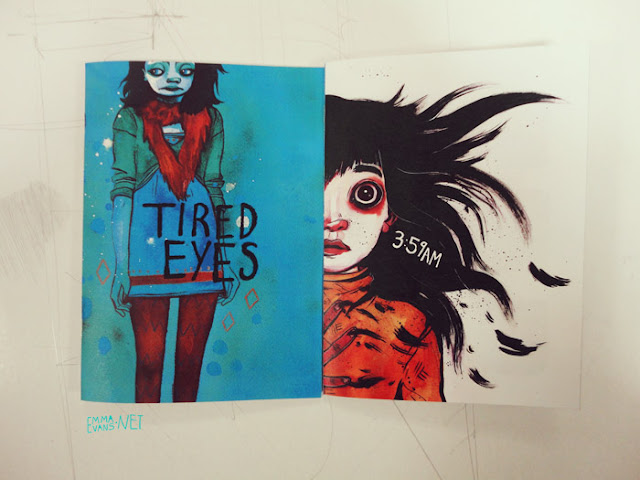 Well this week has been making promo book week. Last weekend i decided that my comic wasn't going to be done to a good enough standard for the London Book Fair i'm going to in a few weeks, so i needed to make a nice piece of self promotion to give out. Which i think will actually be a better thing to take anyway!
It's two books in one though! With two front covers...one Tired Eyes (portfolio work) and the other 3:59AM (some pages to act as a preview for 4AM my current project. Geddit?!) You have to flip it over to read both bits. I brought 35 sheets of amazing Snowdon 130gsm paper in A1 at 25p a sheet and then had to cut and fold it down to 140 sheets of A3. Which took some time....
After battling with InDesign. I eventually found out it doesn't actually do saddle stitch booklet printing with 1 signature. So it was back to photoshop where PDF's were to big of a file for the printer, which then wouldn't print correctly double sided. So it was a case of manually doing everything. THANKS TECHNOLOGY! 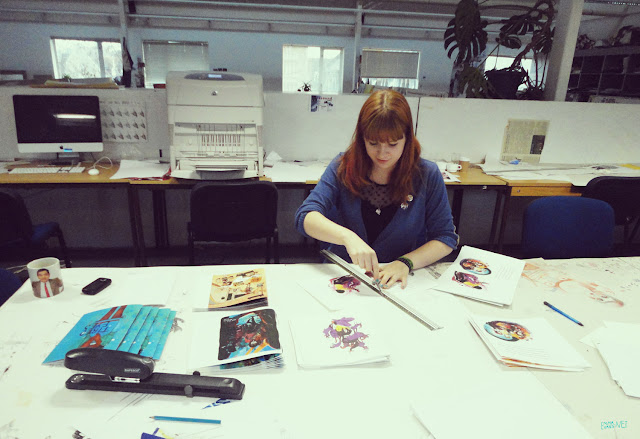 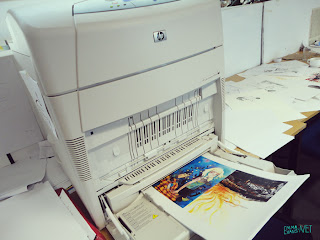 The printer is called HAL by the way. Me and my friend named it after a combination of us recently watching 2001: A Space Odyssey and thinking every red light was HAL and the printer being VERY temperamental. It's funny cause it's caught on and now it's just what everyone calls it. I can't say mean things about HAL anymore though because it was a star once working properly, and steadily printed 200 double spreads for me while i cut and folded them. 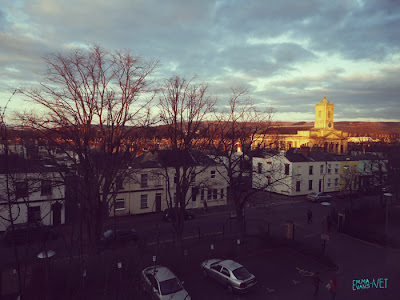 I was also nursing a slight hangover from a friends birthday the night before. Turns out calmly folding and cutting and measuring is a good hangover cure for me. And it was a lovely sunset. I really like the studio when it's quiet and sunny on a friday afternoon. 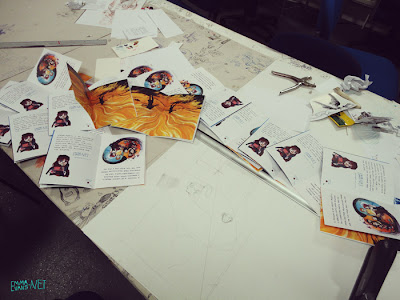 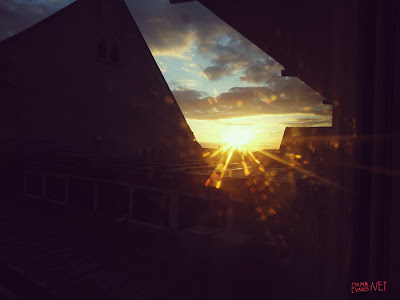 So now this weekend i'm sat with 20 lovely handmade books nearby. A successful week.
It's especially good to see the 4AM pages in there as this book is the same size as the comic will be printed when it's done.


Anyway i need to cook some dinner.
Thanks for reading!
TEE x
Posted by TEE at 7:41 pm