Hi!
The panic set in this week about how much stock i need to make since The Whatnot Tree (the crafting trio i'm in) are booked into two (eek) large conventions this autumn! I wanted to see how long it took to make some of the creatures i make in batch.
It actually doesn't take too long. I spent two day solid making stuff, the only problem is after those two days i needed a break! So i think my plan now is gonna be little and often rather than mad panic then do no more for a week. I think it'll be less stressful that way hopefully!

I made 8 Macot Mice, 9 (so now i have 13) Snish Owl brooches and a large Snish Owl pillow! After i was covered in clay, felt, thread and varnish...Here are some progress shots... 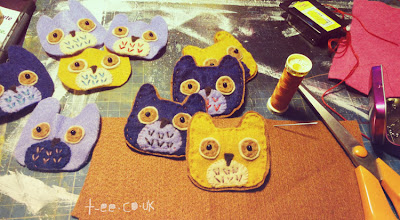 I watched about 30 episodes of the simpsons while i worked! 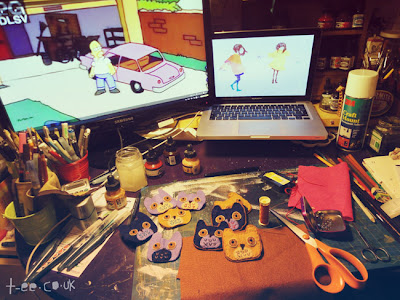 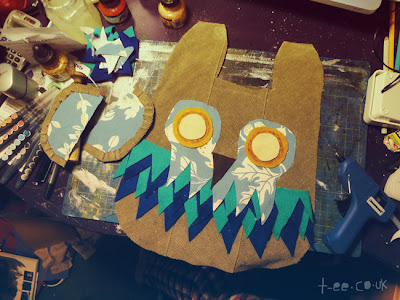 I'll be back with finished stock pics when i've got a larger collection :D The Whatnot Tree are having a craft day together tomorrow, so hopefully that'll be sooner rather than later!